A Hamsterish Hoard Of Hexes

When I started posting bits and snips of rpg material way back when (2008? OMG AM I OLD *lol*), it was mostly critters of various stripes -- something I still tinker with -- but sprinkled in here and there were posts of spells, or collections of spells, and I didn't waste any time writing up trinkets and fancies and magic items of various stripes either, because we all like shinies.  And life was good ~  ;3

I kept this up for a good stretch until life and life crises derailed me, and then I turned into far more of a lurker in the online rpg scene for a number of years.  But lo and behold, the wheel turns and times change, and what's old is new again again, and I peeked my head out on Twitter a while back.

I found folks I remembered from before, and new folks, and life was also good!

And lo, a project grew from a grand suggestion: gathering up spells that I've written and forming new, themed spellbooks from them.  And then adding descriptions for said spellbooks -- and non-spell contents of their pages -- and nifty trinkets and shinies a spellslinger who knows the magics contained inside one might own.  And along with that, a selection of enchanted items. 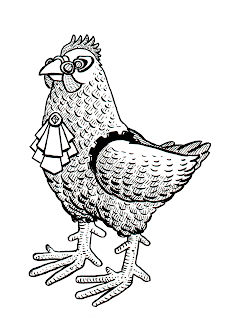 A Hamsterish Hoard Of Hexes is going to be released by Paolo Greco of Lost Pages fame (and credit where credit is due, Paolo is also where the nudge to do this came from!), and it's going to be illustrated by Alex Damaceno, creator of Beyond The Borderlands.  The eccentricities of the words inside are mine, though X3

Looking forward to posting more about the contents later! 83
Posted by taichara at 10:15 PM 6 comments:

Well.  My tentative plans to actually post this year were well and truly derailed over the last few months by everything from surprise renovations (ongoing) to bouts of mental duress to household medical emergencies (also ongoing) to Blogspot deciding I couldn't actually log in for a month-plus.

But I made a promise that I'd revisit Little Treasures, and by all the gods lifting here it is, late thought it may be --


Also, I've been poking at Exalted 3e and Godbound, and just this week had my parcel of The Black Hack arrive -- one can only hope that something will jumpstart despite the madness all around me.  TBH is especially suggesting a few small tinkerings ...
Posted by taichara at 3:21 AM 15 comments:

The wych -- better known as witchwolves -- like all changers, possess two forms; they may appear to be lean humanoids with mottled, dun-grey hair, long features and strangely-coloured eyes, or a large wolf-like canine with a pelt of varied white, grey and golden, marked with faintly glowing teeth and claws.  Strange and fey even by changer standards -- gathering mundane wolves and other canines to themselves, adorning themselves with small carved idols and brightly coloured braids in hair and fur -- all wych are familiar with magic; some will use it to aid, others to harm.  Whether hostile to other sapients or no, the witchwolves will band together with others when giants raid or the undead rise, though questioning the reason for their enmity generally is a poor life choice.  Many wych prefer their canine shape, but all retain the ability to speak while wearing it.

In combat a wych may change shape swiftly enough to allow one change of form per round regardless of other actions taken.  In humanoid shape witchwolves prefer to use spells or other forms of magic if at all possible; if pressed to attack physically they may use a dagger, but will normally choose to shift forms instead.  Wych cast spells as 3rd-level magic users, and know their spells innately.

Injurious spells cast by a wych in humanoid form, as well as any physical attacks, are treated as causing elemental wind damage (in addition to other elements, as required).  In canine shape they may choose instead to soulshackle a target, binding them in place (though movement is otherwise unimpeded) for 1-4 turns if a save vs. spells is failed.  Against fellow spellcasters of any variety a wych may use a jackal's bite -- if the wych's attack is successful, they steal away an unused spell, randomly chosen, and may use the magic to cast their own spell(s) without losing spell slots.

Witchwolf packs are led by a wych hierarch; this individual -- usually the eldest of the pack --possesses 5+6 Hit Dice and casts spells as a 6th-level magic user.
Posted by taichara at 12:30 AM 5 comments:

Contradiction: This sabre-like sword -- with its narrow, slightly curved blade and almost nonexistent hand-guard, its dark steel inlaid with a mosaic of unpolished jet chips and raw rock crystal -- dates from the time of the Philosophic Warlords. To that purpose, Contradiction chooses its enemies both broadly and specifically.

It was last seen in the hands of a wandering minstrel-knight, the Descending Falcon.

Contradiction functions as a longsword +1. In the hands of a lawful wielder, it may use order's sermon and stun a chaotic target for 1-4 rounds if a save vs. paralysis is failed; if wielded by one of chaotic alignment, Contradiction may instead apply disorder's serenade and charm its target for 1-4 rounds if a save vs. spells is failed. Choosing to strike with the flat, or otherwise make contact without lasting harm, is an option.

Should Contradiction's bearer be of neutral alignment, or unaligned, that bearer may choose either order's sermon or disorder's serenade, but must alternate the two. A neutrally-aligned bearer may also access an additional ability of the blade, balance's castigation: once a month, the sword can strip away a level (or Hit Die) from a lawful or chaotic target altogether.
Posted by taichara at 12:57 AM No comments:

These creatures slip between two forms, switching between them freely; they may appear to be slight humanoids of pale skin, clawlike nails, dark eyes and shaggy black hair, or choose the form of a large bird that resembles a shaggy-crested raven with claws and beak tinted silver.  Corvus love to adorn themselves with jewelry and ornaments, and these things will change shape with them, unlike their brightly coloured, ragamuffin clothing (which disappears when a corvus takes raven shape).  Gregarious and sharp-tongued, corvus can be an unexpected source of sage knowledge -- or a deadly threat to one's reputation.

In combat a corvus may change shape swiftly enough to allow one change of form per round regardless of other actions taken.  In humanoid form a corvus may attack with their claws, but most prefer to use daggers or shortswords; in raven shape a corvus attacks with their beak.

Both forms possess a special ability: as a raven a corvus' attacks are considered to be elemental darkness, and may continue to inflict 1 hit point of lifeleech damage per round until tended to; while as a humanoid they may choose to use to deny light and lace their attack -- even a touch -- with dark essence, blinding the target for 1-4 turns if a save vs. spells is failed.

Once a year a corvus may choose to make their deny light a permanent condition until the curse is removed, or inflict a withering raucosity that carries the victim's mockery so far that they suffer a -6 Charisma modifier until, again, the curse is removed.
Posted by taichara at 10:59 PM 4 comments:

Working on a thing

I have / had a few new spells and critters to actually post but then I misplaced the scribbler I wrote them in.  Am working on that.  *facepalming*


That said, since Xmas I've also put together a beta outline for and am roughing out a few of the parts of a fantastical-Egypt setting.  (Yes, this again.)

Right now I'm trying to decide whether I should keep my chosen city names as they are (the actual place names) or change them so this is more "fantasy not-Egypt" instead of "fantasy Egypt"; this is the kind of thing that I fret over endlessly, blah.  I'm also trying to decide how much to put in this thing in general -- too much detail is probably bad, not enough will make it short and pointless -- and also trying not to have the vapours over writing more than a few critters / oh gawd what about art / I am horrible at formatting / etc etc.

Basically the biggest hurdle is that I panic and abandon the project again.  I'm good at that, unfortunately.
Posted by taichara at 11:14 AM 10 comments:

Some format and content musings, nothing to panic about

If I were going to bundle up and format my spell or magic item entires here, would normal-sized or digest-sized work better or would it matter?

If one were tinkering with a world setting and might format the incoherent madness results into something downloadable or purchaseable or both, would it be useful to go whole hog and include the/a 'core' ruleset or just the setting-related material?  Also, that normal/digest thing again.


None of the above is an actual concrete promise, but having less flailing over variables does tend to help me think ...
Posted by taichara at 7:22 PM 14 comments:

Ring of the Winter Beast:  No sage has divined the origin of these slim, pale rings; a wan silver-gold frosted over with some indefinable, glittering dust, smoothed as if by long wear, rings of the winter beast seem as likely to be unearthed pristine from within nexi of air and water channels as they are to be claimed from unattended and pilfered hoards.  Others care less for the rings' origins as they do for the benefits that can be coaxed from its cool touch, and save the scholarly debates for another time.

A ring of the winter beast, untapped, contains ten charges.  Expending a charge produces the following possible effects as desired by the wearer of the ring:

- frosttalon:  glittering claws sprout, granting 1-6/1-6 damage attacks for six turns
- snowshield:  icy, scalelike nodules spread across the body, granting an AC bonus of 4 for an hour
- winterfang:  six crystalline spurs sprout, which may be pulled free and thrown up to 20' for 1-4 damage; these dissolve in an hour if not used
- icebite:  an extra 1-6 of cold damage may be added to an offensive spell being cast within the next six turns
- coldheart:  for two charges, one spell slot may be regained (attempting this more than once a day causes the ring to explode in a 3-24 damage burst of freezing energy in a 20' radius)

So long as a ring of the winter beast contains charges, its wearer takes one less point per die of damage from cold, air or water.  Physical attacks caused by ring powers are considered cold-based.
Posted by taichara at 9:14 AM 4 comments:

Flowing along like syrupy, opalescent clots of ever-shifting, multicoloured paints, chromatic oozes create a riotous swarm of flesh-devouring colour wherever they happen to be found -- and they can be found virtually anywhere.  What the oozes lack in size they make up for in numbers and reproductive capacity.  The clinging acids of a chromatic ooze dissolve any living material it manages to engulf, leaving behind both non-organics and dead organics.

A chromatic ooze inflicts 1-6 hit points of damage per attack, its dissolving touch causing injury out of all proportion to the ooze's small size.  Worse still, when an ooze has caused enough damage to equal its maximum hit points it promptly fissions into a pair of identical oozes.

Striking a chromatic ooze is a gamble.  Whenever an attack on an ooze is successful, the ooze releases a flash of bright light with one of the following effects, avoidable by the attacker with a successful save vs. poison:

One in three oozes contain a jelly opal within their mass, a dense cyst of glassy nature and translucent play of colour.  Each such jelly opal may be valued at 10-60 gp depending on size and the appeal of its colours.
Posted by taichara at 2:01 AM No comments: